1980’s: Paddock
1982: Bill and Candy Johnson purchased the Homestead and changed the name to the “Paddock”. They purchased the place from Mr. Packarde who was living in Florida.

The Johnson’s built their business around the bar. However, the food business was getting bigger with more choices. Many people remember Big Paul, also known as “Frys”, who was the head cook for approximately the next 15 years.

1984: Tim Paciorek, age 8, began delivering newspapers at age 8. One of his delivery stops he looked forward to was the Paddock. Everyday while dropping off the newspaper, he would take a break from his route and be served a free coke. Bartender “Mack” would order Tim a large bag of potato chips (Salt 'n Vinagar) every week and keep the bag above the bar for when Tim came in for his break. Tim started playing pool against some of the regulars and sometimes even walk away with a couple bucks of winnings!

Approximatly 6 weeks after Marty bought the building, a fire started in the kitchen in the middle of the night. The kitchen was totally redone after this.

Tim Paciorek started working in the kitchen with Marty and “big” Paul and worked there for about 6 years working his way from dishwasher to one of the head cooks running the kitchen. Marty taught Tim much about all aspects of the business from front of the house to back of the house, inventory, managing, dealing with customers and employees.

Marty was a huge inspiration and business mentor to Tim and then later Tony Paciorek. When Tim left to further his electrical career, Tony came on board and started working as a dish washer and prep cook and continued on with the next owner........ 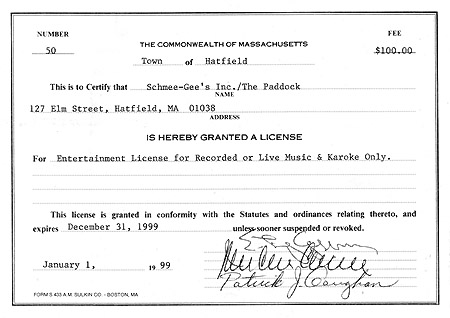 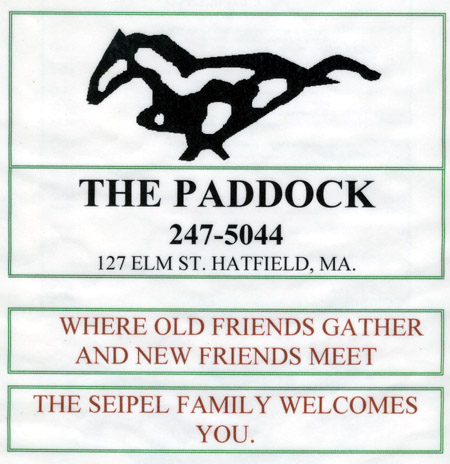 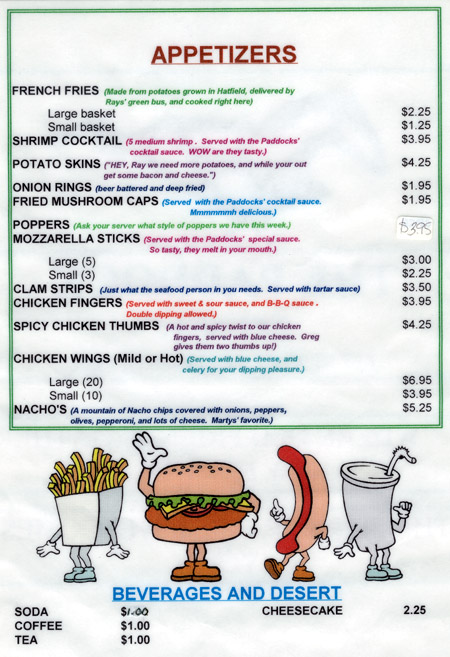 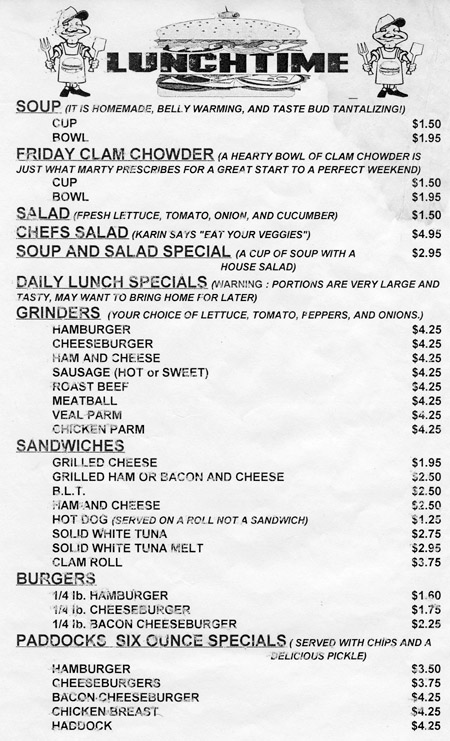 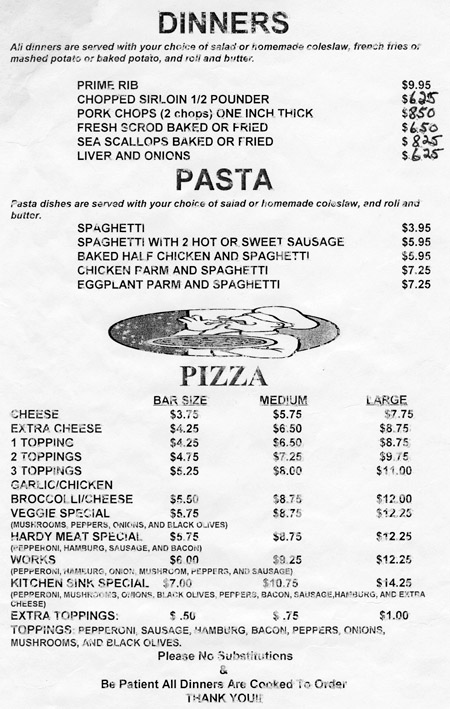